Another B1400 Rocket Composter is heading to Paris 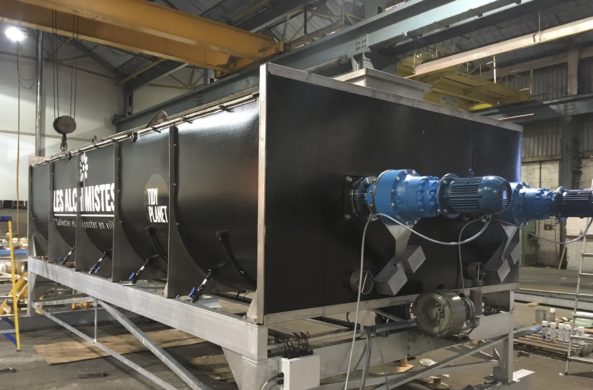 We’re excited to announce that social enterprise Les Alchimistes – the recipient of our first-ever B1400 composter – has ordered a second machine for its latest food waste project in Paris.

The first B1400 system was installed at the start of the 2019, on an island in the middle of the French capital’s River Seine. It’s able to process up to two tonnes of shredded wood and food waste – from the city’s hotels and restaurants – every day, and this innovative approach to waste reduction was recently documented by the BBC!

Armed with a passion and appetite for change and a greener future, Les Alchimistes has commissioned a second of our B1400 composters for its project in Paris’s Clos Saint Lazare neighbourhood.

They’ll be collecting biowastes from the 10,000-strong community – including both businesses and households – by the rather unconventional method of horse and cart. 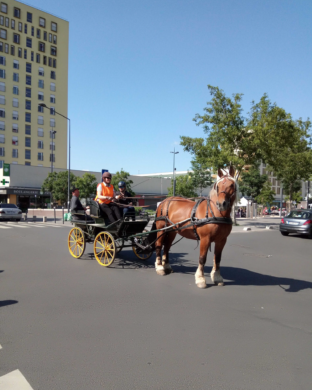 As part of their efforts to create a closed-loop society, Les Alchimistes will be providing homes with compostable bags and ‘bio-buckets’, as well as installing numerous biowaste bins throughout the zone – these will be collected six days per week.

But why use a horse and cart to collect the waste?

The Government’s call for proposal – which Les Alchimistes submitted a tender for – stipulated that the collection method had to be ‘soft’, i.e. a low-carbon and eco-friendly option.

We asked Arthur Berta, project manager at Les Alchimistes, why they chose this method and he said: “The main benefit is that we are able to partner with a nearby urban farm.

“The closeness of the site means that we can keep our horse and cart there, and the distance to reach the collection points and processing area is also minimal.”

It’s a three-year trial project, set to launch in January 2020, that’s supported by both public and private bodies – including the local council and urban farming association – and aims to process 300 tonnes annually over the coming years. Given that our machine is able to process up to 620 tonnes of organic wastes per year – over 12 tonnes each week – the remaining 320 tonnes will be sourced from hotels and restaurants outside of Clos Saint Lazare.

The project’s results will form part of the Government’s decision around a future law on ecological transition – which would require all local councils to offer a dedicated biowaste collection service by 2023.

We’re extremely excited that our technology plays a key role in driving this food waste movement in France, and we look forward to seeing what’s next on Les Alchimistes’ agenda!