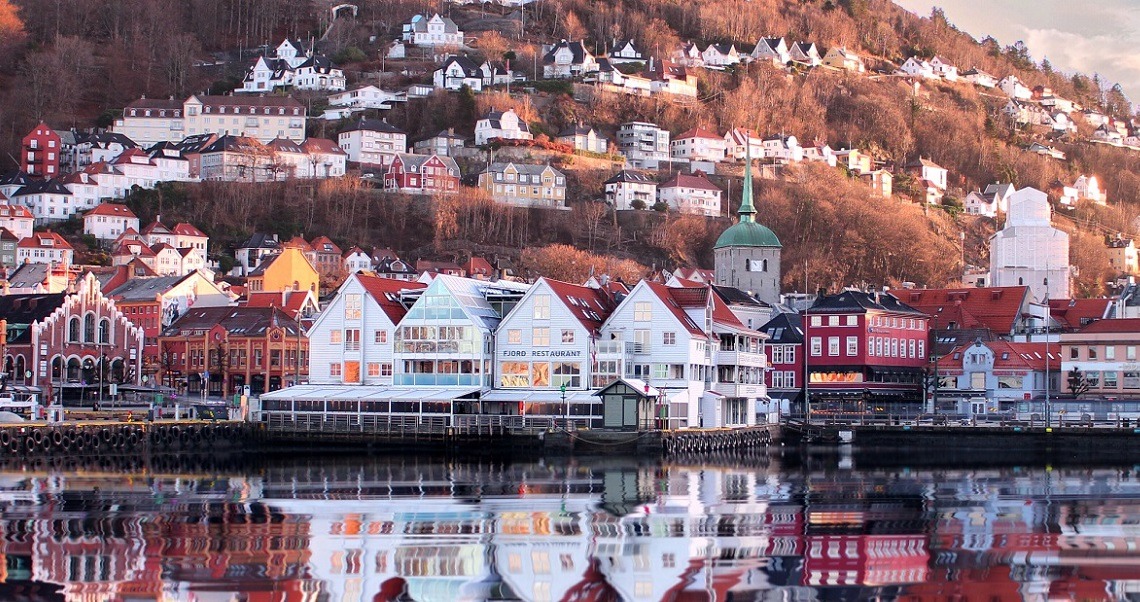 As countries go, Norway has always been one that is ahead of the curve when it comes to the adoption of environmentally friendly technologies. However, there are surprisingly few measures in place which ensure the ethical and ‘green’ treatment of the nation’s food waste.

In 2019, we appointed our exclusive Norwegian distributor, Berekraft for Alle – which translates into English as ‘sustainability for all’ – to help bring our food waste recycling solutions to this area of Northern Europe, and inspire a wave of change.

Urban farming and growing firm Bybonden and Green House also wanted to collaborate on a solution which would nod towards a more circular and less linear economy.

Given that Norway has a small population with a large land mass, this meant that managing organic waste sustainably was both challenging and expensive for companies – especially those located in rural areas.

As such, this often saw food waste transported long distances – sometimes into Sweden – to be incinerated or converted into a biogas. And in Bergen in particular, food waste isn’t pre-sorted, it’s incinerated along with the city’s residual waste.

Therefore, it’s no surprise that the Norwegian authorities sought a closed-loop, decentralised solution that would enable a more environmentally friendly and cost-effective method of managing its organic wastage. 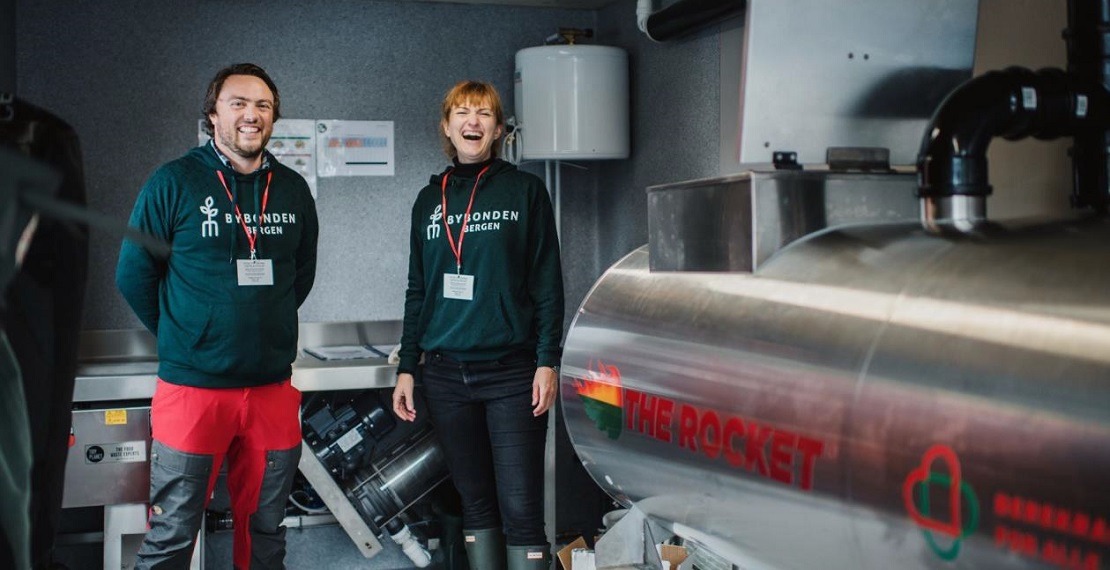 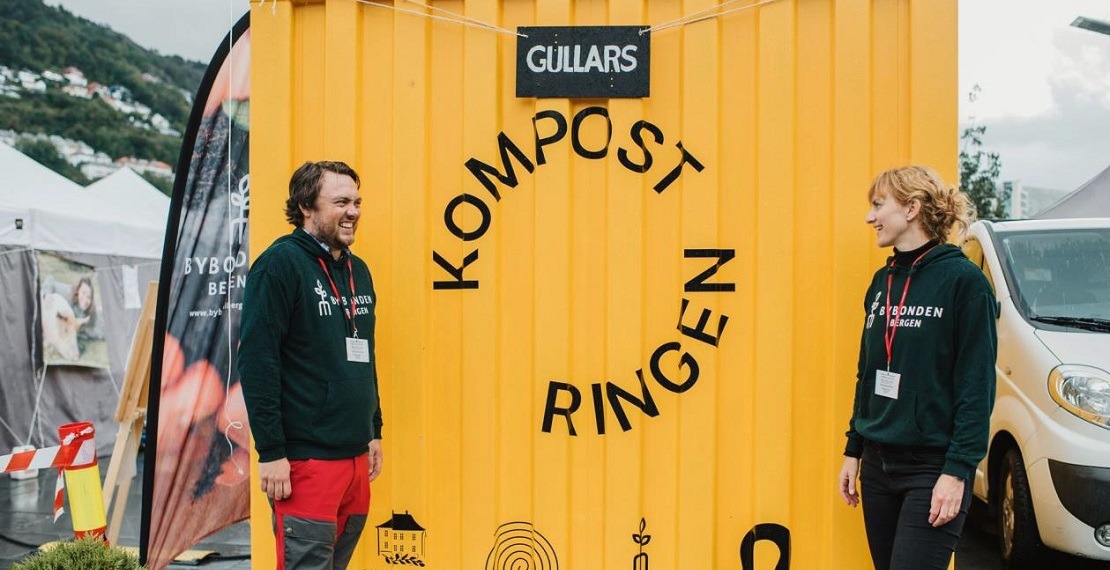 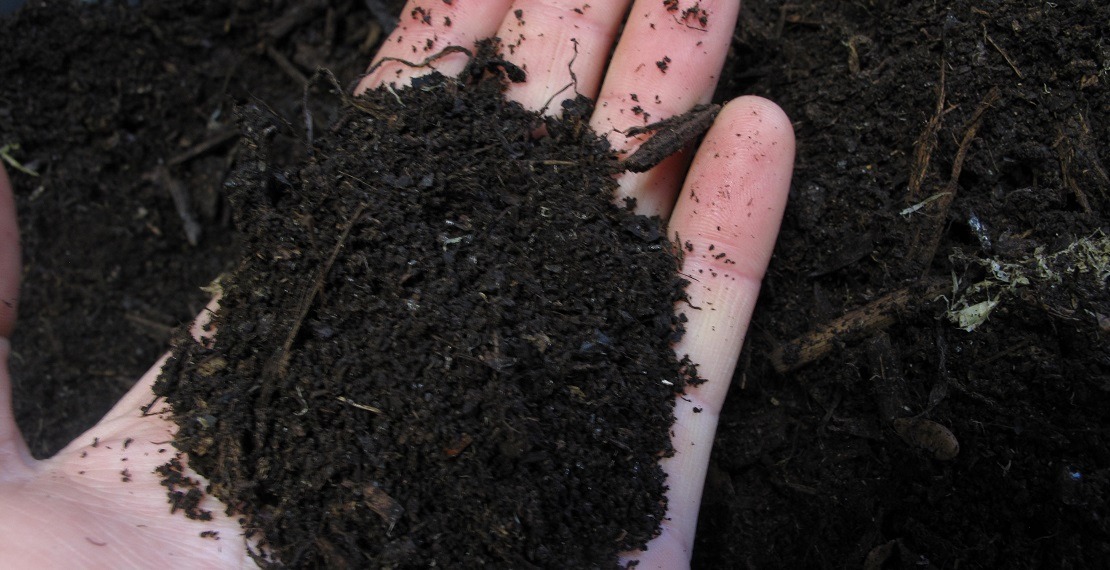 One of our A700 – which has now been nicknamed ‘Gullars’, in homage to a Norwegian television character – is able to process up to half-a-tonne of food waste per week and was shipped to Bergen to form part of Norway’s first ever decentralised composting solution.

Operating on a subscription basis, households and businesses from across the city can pay to have their food waste composted – receiving compostable bags to collect and drop off their waste, and in 14 days, they can then collect the resulting resource for their home-growing projects.

For any compost that isn’t used domestically, this is either utilised on urban cultivation projects or by farmers as an organic fertiliser for their agricultural land.

This circular model is known as ‘Kompostringen’ and sees families from 150-200 households pay 100 Nok – circa 8 GBP – per month for the service. But alongside the recycling benefits, it’s also helped to reduce the city’s carbon emissions, as less vehicles are needed to transport the waste to gas and incineration plants.

In 2020, the Rocket Composter was inaugurated by the country’s prime minister, Erna Solberg, and representatives from Bybonden and Green House.

We hope that with the success of this in-vessel composting infrastructure in Bergen, this will eventually be rolled out across more of the Scandinavian country’s cities and neighbourhoods – fostering environmental best practice across the board.

“Many of Norway’s waste policies are created with the more densely populated areas in mind, so our challenge has always been finding solutions which are economical on a smaller scale. This partnership with Tidy Planet is a great opportunity to introduce equipment which has the power to change the way this waste stream is currently being dealt with.”