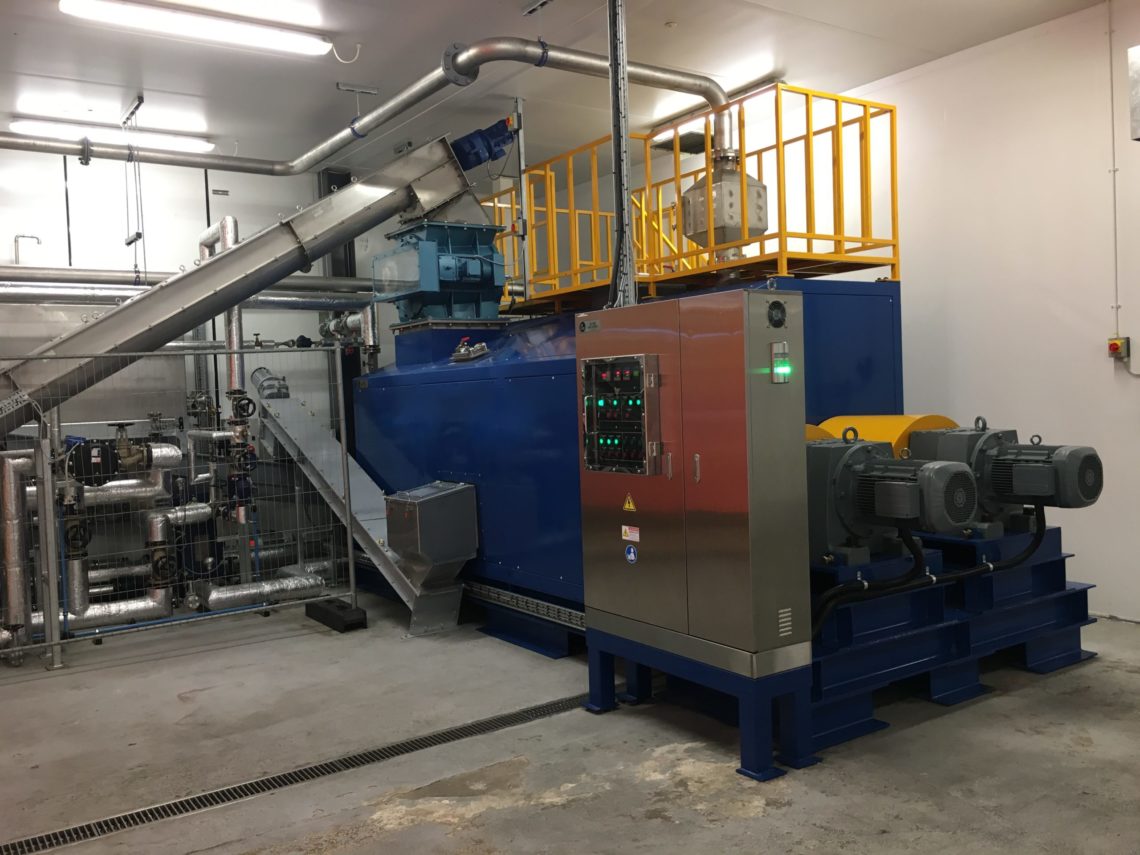 DHL Supply Chain’s Flight Assembly Centre based in Colnbrook, Slough, deals with all the in-flight logistics – such as cleaning and re-stocking – for both international and domestic flights. This largely covers the provision of food to outgoing planes and removal of waste and unused foods from incoming aircraft.

The facility, which mostly handles British Airways flights, is securely enclosed and subject to airport security standards – which are monitored by the Civil Aviation Authority.

Forming part of DHL Supply Chain, DHL Envirosolutions is passionate about helping companies to achieve their environmental goals and leverage supply chain resources – reducing their environmental impact and boosting their bottom line and efficiency – so when they were looking for a solution for British Airways’ in-flight food waste, it had to be effective and sustainable.

British Airways wanted to start processing its food and catering waste more sustainably, however, one of the main issues facing the sector is that Category 1 International Catering Waste (CAT 1 ICW) from non-EU flights is classed as a ‘high-risk’ hazardous waste – as it may contain animal by-products. As a result, this makes it a tricky – and costly – stream to dispose of.

The CAT 1 ICW, comprising uneaten foods and contaminated packaging, can only be processed by either incineration or deep landfill, as dictated by UK and EU law – both of which were expensive options, as well as being at the bottom of the waste hierarchy model. Moreover, both these methods also carried a large carbon footprint – associated with the off-site transportation and incineration of the waste.

DHL was therefore tasked by the major airline with finding a more environmentally friendly method of dealing with this organic material, which not only treated it at source, but that would also reduce carbon emissions and offer a more sustainable solution.

Five years prior to DHL Envirosolutions getting in touch with us about this, we’d previously provided the firm with two G1200 Gobi Food Waste Dryers – at the beginning of the 10-year contract with British Airways. These units had been successful in reducing the quantity of CAT 1 waste leaving the site for incineration and significantly reduced costs, but as flights increased and pressure to find a better solution was required, DHL enlisted us again, to help find an even better solution. 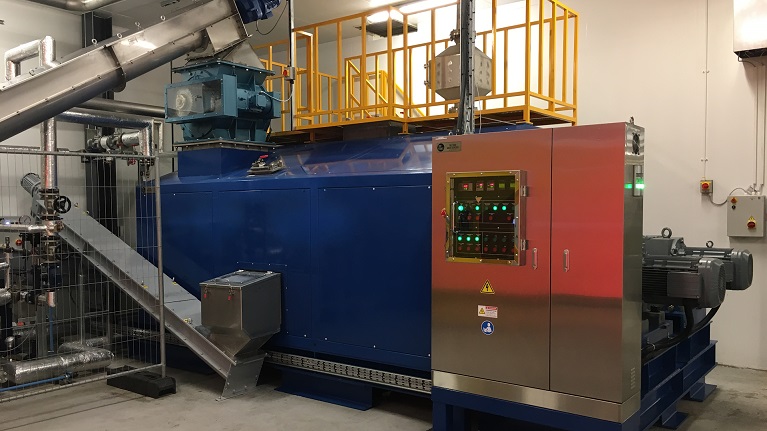 By processing food waste through a Gobi Dryer, the site is now able to remove nearly all the water the material contains. By doing this, DHL is not only significantly reducing the volume but creating a high-quality biomass fuel, which is then combusted to generate energy using the site’s Energy-from-Waste plant – supplied by Tidy Planet Energy.

Regarding how the operation works, upon arrival at Heathrow, the leftover meals and food waste from returning flights are packed into trolleys, which are returned and emptied by hand inside the DHL catering facility. All re-useable items – such as crockery, glasses, knives, and forks – are removed and sent into an on-site wash line.

The food waste is bulked into wheelie bins, which are tipped via an automated handling system into a shredder, before being deposited via an enclosed screw feed into the five-tonne-per-day-capacity G3000 Gobi Dryer.

When fully loaded with waste, the drying process can begin. The drying cycle takes between 16-20 hours, and the material produced after drying has a moisture content of less than 10%.

After drying the waste, it is discharged by a short conveyor through a 10mm screen to remove any oversize material – such as plastics and other non-organic contaminants — before being automatically fed into the boiler fuel hopper.

The dried biomass fuel is then fed into and combusted within a sealed biomass boiler, with heat recovery at a temperature exceeding 850°C with a two-second residence time.

The energy produced within the boiler is used to generate steam, which in turn powers the drying process. Surplus heat from the steam is used to heat water for use within the operation for running dishwashers and space heating.

The system can produce a maximum of 600-tonnes-per-year of biomass fuel – giving an average daily throughput to the boiler of 1.64 tonnes.

After energy recovery, the combustion gases are passed through a ceramic filter to remove any particulates and keep emissions well below the legal limits required for the clean air zone around Heathrow Airport.

In collaboration with DHL Envirosolutions, we implemented a ‘world first’ for British Airways’ in-flight catering centre – helping to divert CAT 1 ICW from landfill and instead using it to produce energy on site and heat water for the facility’s tray-washing line.