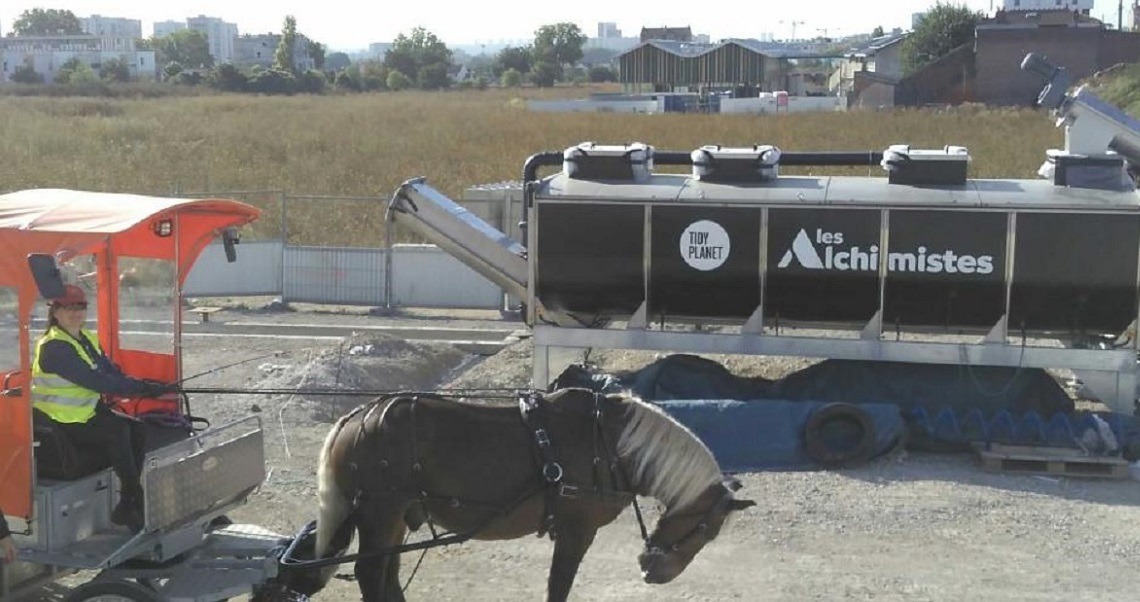 Les Alchimistes is a French social enterprise, committed to the green and sustainable management of food waste.

The organisation started its food waste composting journey in 2017, when the team invested in an A900 Rocket Composter, as part of its pilot project in a disused hospital building – to demonstrate to the French government that a decentralised organic waste collection system would be an environmentally beneficial model for the polluted city of Paris.

This sees residual biowastes from the capital’s supermarkets, restaurants, and hotels collected by bicycle – and this pedal-powered approach helps the city to reduce the number of vehicles on the busy roads, significantly reducing carbon emissions and saving businesses on costly disposal fees.

Following the success of the pilot, Les Alchimistes was then granted further funding support from the French Government and EU to introduce more composting hubs throughout the country – in Lyon, Toulouse, Marseille, Réunion and Toulon.

But the organisation wanted to do this on a much larger scale, and decided to launch its biggest waste-to-resource venture – in the middle of Paris’s River Seine.

French law states that the limitations for any city-centre food collection is capped at two tonnes of bio-waste per day, so the Les Achimistes team needed equipment that could do no more and no less than the stipulated amount.

Not only did it require a bespoke in-vessel composter but the narrow streets of the capital meant the machine had to be small enough to be able to be transported along the roads to the installation location. 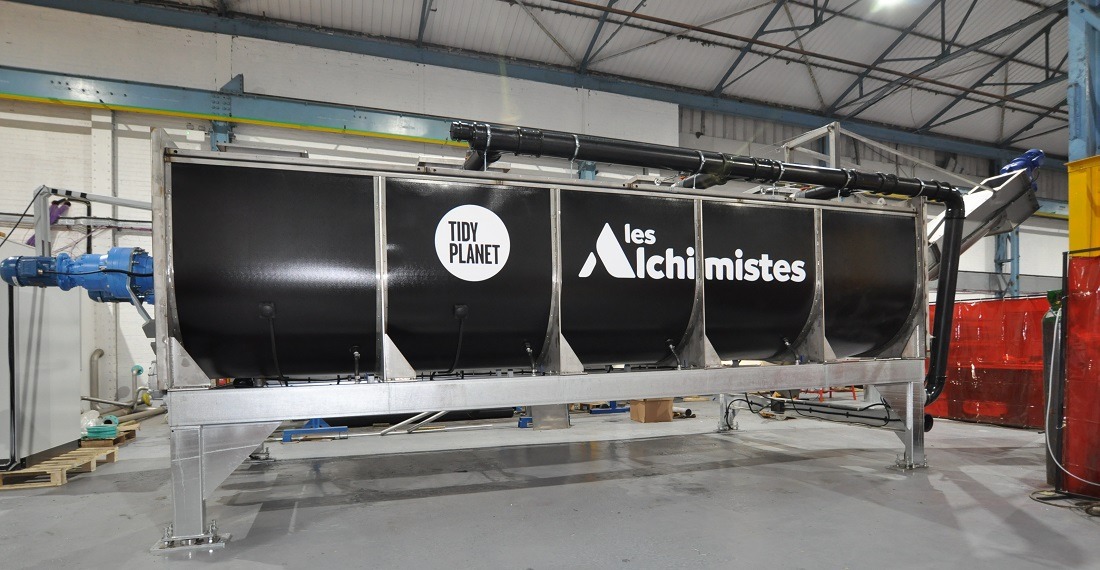 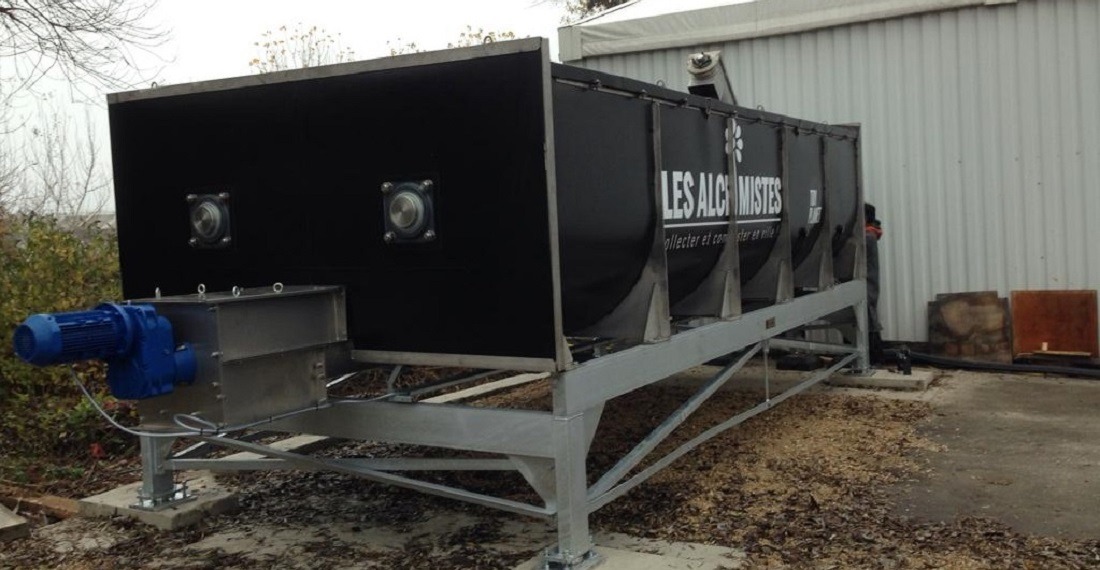 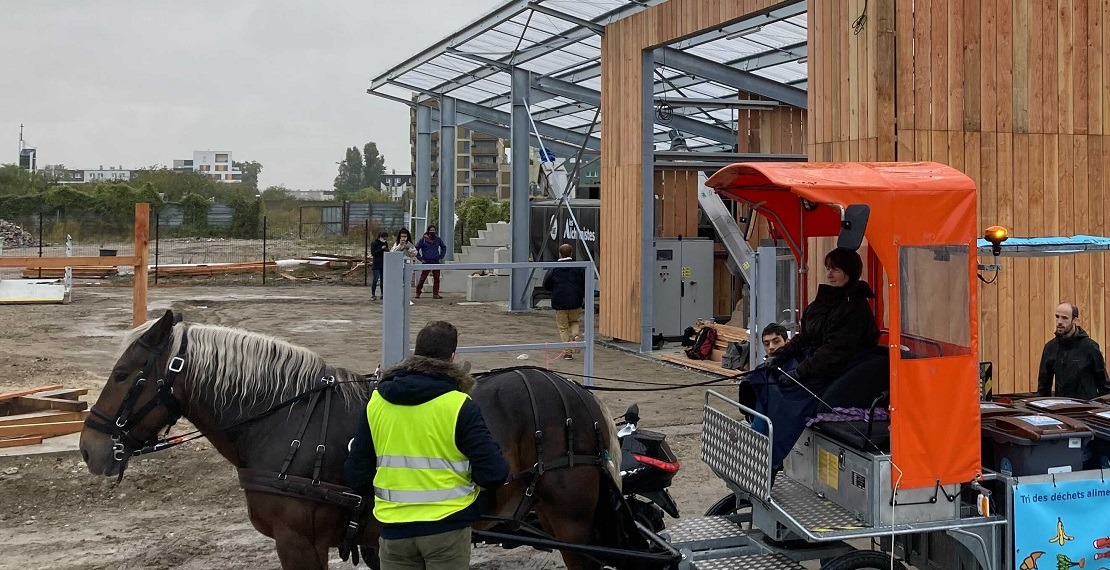 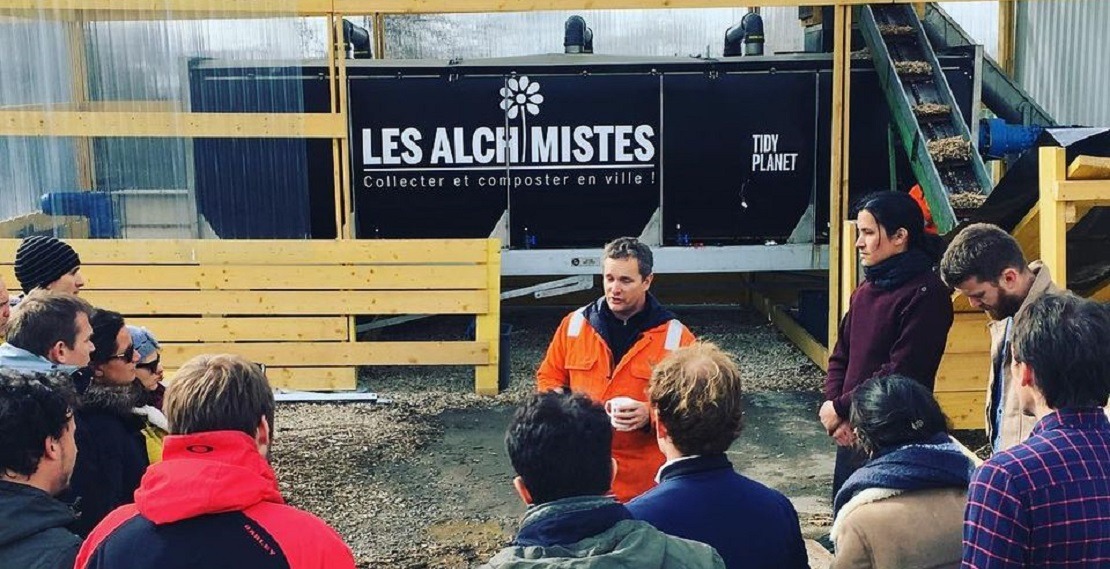 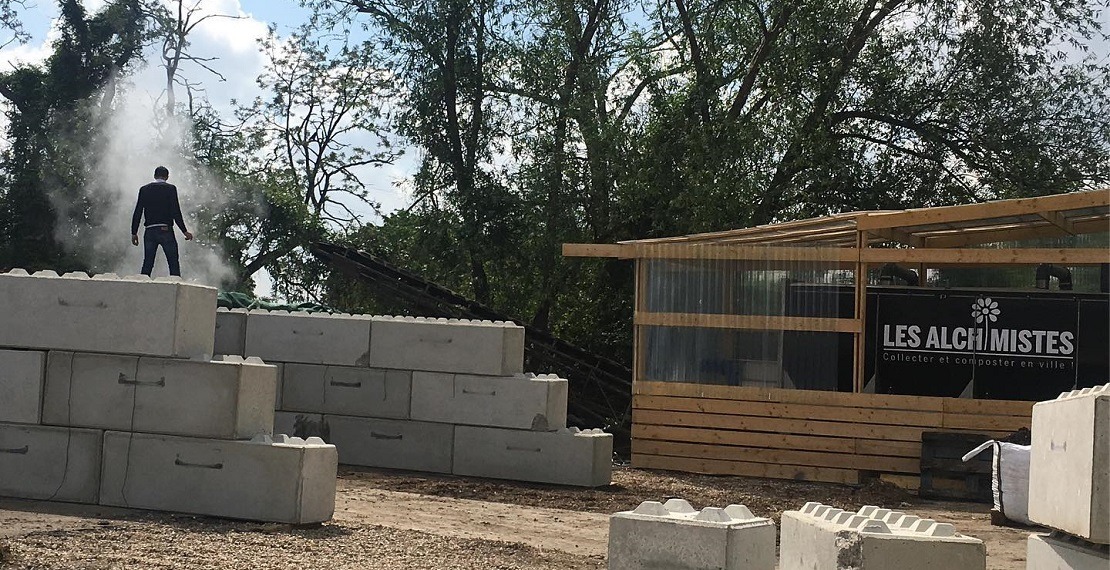 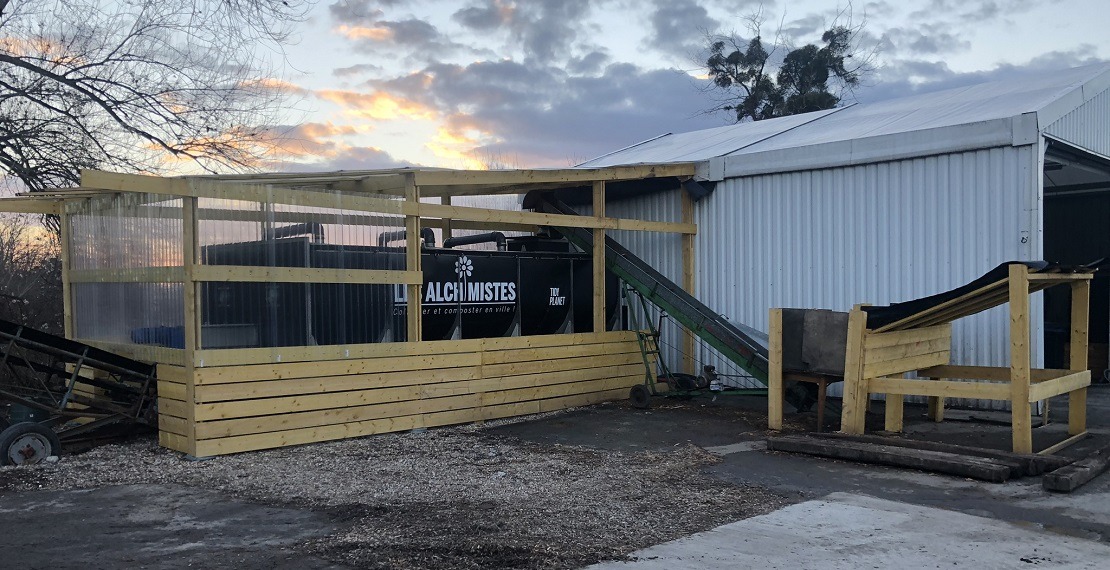 The Tidy Planet team worked closely with Les Alchimistes to design and manufacture the customised equipment, which saw the birth of a new Rocket Composter model. A smaller version of our biggest B2500 machine, this unit was named the B1400.

The kit can process up to two tonnes – 2,200 litres – of mixed food and shredded wood wastes daily – producing a high-quality compost output in just 10 days. In turn, this allows Les

Alchimistes to collect and treat more food waste than ever before – and the resulting compost is then sold throughout the city.

The system is fed by a bio-mixer hopper to homogenise the dewatered food waste – which has been previously inspected for contamination at a sorting table – with clean, shredded waste wood. The bio-mixer and the composter communicate and every hour the composter measures its own weight, the weight of the feed hopper and its contents, before discharging the end product.

Designed especially for the Lil’O project, the B1400 has been installed on St Denis Island – 10km north of the Eiffel Tower. Formerly used for the storage of building materials and municipal vehicles, the island was a desolate site in need of reclamation and remediation. Les Alchimistes therefore took the decision to revive as a composting centre – and home to the new machine.

The long-term plan is for the compost to be used to regenerate and rehabilitate the brownfield site.

It’s safe to say that this decentralised composting model has attracted a lot of attention across the globe for its innovation and sustainability – it was even featured on the BBC!

And following the success of Lil’O, in 2020 the organisation invested in a second B1400 for a new collection project in Paris’s Clos Saint Lazare neighbourhood. This sees the team collect biowastes from the 10,000-strong community – including both businesses and households – but this time by horse and cart.

For the tender, the French Government stipulated that the collection method had to be low carbon and eco-friendly, and Les Alchimistes opted for the more traditional transportation method, so that it could partner with a nearby urban farm – where the distance to the collection and processing points are minimal.

The three-year trial project aims to process 300 tonnes annually during this time, and the results will help shape the Government’s decision around a future law on ecological transition – which would require all local authorities to provide a dedicated biowaste collection service by 2023.

We’re so proud and excited that our technology plays a key role in helping to drive a more circular economy and sustainable future in France.