Closing the loop with compostable tableware – but is the UK ready? 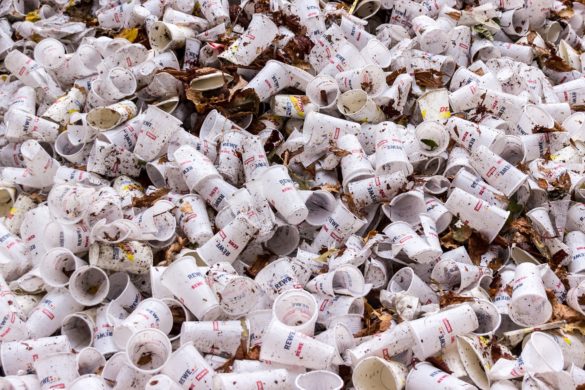 With the UK’s plastic waste problem dominating the headlines as of late, boosting sustainability and reducing negative environmental impact have never been so high up on businesses’ and councils’ corporate and municipal agendas. But despite this appetite to be more eco-conscious, is it perhaps the UK’s current resource infrastructure that is blockading progress – especially where optimum waste management and handling is concerned? James Tyler, director at food waste specialist Tidy Planet, offered his thoughts on the topic to Tomorrow’s FM – if you missed the original piece, catch up here…

At the start of the year, the Chancellor’s Spring Statement – which highlighted the need for more a more innovative waste management strategy – and the government’s 25 Year Environment Plan, arguably both contributed to catapulting the plastic waste problem into the public domain’s stream of consciousness. And with a pledge to eliminate avoidable plastic waste by the end of 2042, it soon became apparent that only collective recognition and action would enable the country to achieve this.

Of course, many private and public-sector businesses of varying sizes have already embraced this target, placing it at the core of their corporate social responsibility to help create a ‘zero waste’ economy. For example, there are some organisations choosing to implement alternative recycling schemes – as seen by the deposit return initiative from Morrisons and the Co-op. Whereas, others are investing in the development of more environmentally-friendly substitutes, often in the form of compostable packaging. This innovative approach has been actioned by many household brands such as Just Eat, McDonald’s and Starbucks, and ranges from trialling seaweed-based, degradable sauce sachets, to funding the creation of a globally recyclable and compostable disposable cup solution.

However, despite companies investing in the use of compostable packaging to help solve the single-use plastic problem, many are left feeling disheartened and financially frustrated that their cyclical waste management efforts are falling flat at the feet of the country’s resource infrastructure. In fact, it was only recently that Government spending watchdog the National Audit Office raised concerns in the environmental sector, by warning that a higher-than-anticipated amount of Britain’s packaging waste is being exported abroad, possibly to landfill sites.

So, with lots of facts, figures and pointing the proverbial finger going on, where exactly is the issue deep-rooted?

When the government’s anaerobic digestion (AD) strategy and action plan was outlined in 2011, it marked the start of a distinctive shift in the way food wastes were dealt with – backing a transition from composting to AD. A predicament arises, however, in the fact that most AD operators’ plants do not have the capability to distinguish the difference between compostable packaging and single-use plastic packaging. Unfortunately, this lack of technological advancement in the processing sense, likely leads to an organisation’s segregated waste stream – including compostable packaging – being incinerated or landfilled, which is not what the college, café or school etc, would have intended.

So, if a business has gone to the effort of aiming to bridge the recycling gap, but the recyclates already have a predetermined – and unsustainable – destiny, surely it begs the question as to whether their ethical approach is for little, or indeed no, environmental gain?

It is in this sense that the UK’s waste processing structure is missing a very blatant trick, because a technology which is able to process these compostable materials without any difficulty is already in existence – in the form of In Vessel Composting systems (IVCs). This perhaps causes many people to query why it is not being adopted as an alternative to the more mainstream AD infrastructure…

Despite this frustrating obstacle in government policy, it should instead be harnessed as an opportunity for the business landscape, because companies have the chance to take better control of their waste management, without relying upon external parties to collect, transport and ethically dispose of it. This driving-seat approach to waste would subsequently equip organisations with the tools to safeguard their environmental agenda by closing the loop themselves – not to mention offering a much greener peace of mind.

Dundee and Angus College in Scotland is a prime example leading the way in this respect, as it has already employed a closed-loop solution which is entirely bespoke to their site’s organic waste recycling needs. In 2013, the educational institution – with a 6,368-student capacity – opted for a much greener substitute to traditional packaging and switched to Vegware consumables. Displaying an eagerness to further define their sustainable footprint, all that the College needed to do was eliminate the middle-man and source the right technology that would process their compostable materials on-site.

Subsequently, this saw the introduction of integrated shredding and dewatering systems across their campus kitchens. In less than 10 weeks after the initial order, these waste management technologies were then processing and blending the feed material to create a nutrient-rich compost resource for the site.

But this smaller-scale example is just one of many which illustrates the enormously positive effect that taking bold steps to deliver your own closed waste-to-resource strategy can have. And given the short implementation time-frame, it is also a quick and viable option.

The fact that many organisations and institutions countrywide are looking to employ a bespoke, closed-loop solution is an encouraging one. However, there is no denying that as a nation we still have a long road ahead of us, where achieving complete efficiency and resource security is concerned.

Some people may argue that the government should be channelling its efforts into developing infrastructure instead of building on its paper policies, but what is most important is that neither one of these key components is neglected. In essence, policies pave the way for action, and action directed by policy works in favour of a sustainable future.

As for compostable packaging, with so much noise about it in the media, it is unlikely to disappear off the radar any time soon. Instead, it is just a matter of time as to when the country’s resource infrastructure will be ready – and willing – to tackle the issue in a less linear and more circular way.