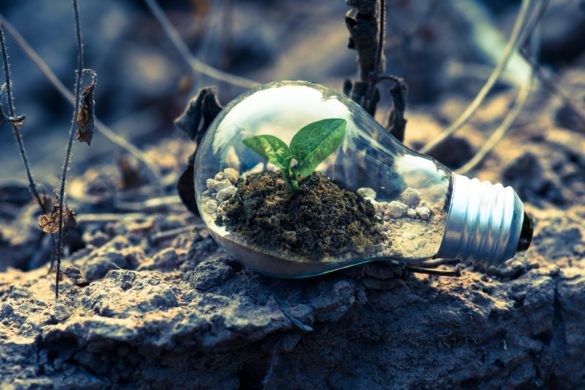 There’s been lots in the headlines about the effect COVID-19 has been having on businesses – socially, financially and environmentally – but, is the current pandemic we find ourselves in catalysing a commitment for organisations and local authorities to switch to more environmentally friendly processes?

Our sales manager, Huw Crampton, recently shared his thoughts with Recycling Product News. If you missed the original article, catch up below…

The Coronavirus pandemic has thrown a curve ball at not just businesses, but the national infrastructure of every country in the world, and each nation continues to dig deep to do the best it can to help control the virus. But in and amongst the devastation, there’s been lots of talk about the ‘glimmers of hope’ and the ‘light at the end of the tunnel’ when it comes to the impact it’s had on the global population and its companies.

From Beijing and the USA to the UK and Europe, with people staying at home, plus driving and flying less, countries have seen some obvious changes in the environment – including bluer, less polluted skies, and the return of wildlife to parks and beauty spots.

And while countries are putting measures in place to aid the socio-economic revival of their territories, there’s been greater expectation and desire from the public and environmental bodies to ensure it’s a ‘green recovery’ too.

People don’t want to see their stay-at-home efforts wasted and the globe’s carbon footprint to increase drastically again overnight. And, it’s in this sense that ‘doing the right thing’ will likely be accelerated and more at the forefront of the business landscape than ever – meaning recycling and waste management will arguably be higher on the agenda too.

The impact on the food waste landscape

Food waste has been one widely debated topic during lockdown, with many reports and surveys revealing that domestic food waste has decreased – due to consumers being more aware of what they’re buying and how much they’re consuming on a weekly basis.

But when it comes to the commercial side of the equation, things are a little more complicated and much less transparent.

Taking the UK as an example, when the country officially went into lockdown on 23 March, restaurants and hotels closed their doors to the general public, which, at first glance, saw the cessation of large amounts of food waste.

But while customers haven’t been booking tables and eating out, that doesn’t mean that the food waste problem has simply vanished. The produce has continued to be created and managed within the supply chain – from farmers and food manufacturers – it’s just that the ‘waste’ hasn’t resulted from professional kitchens or someone’s plate.

And this conundrum of surplus supply and lack of demand has hit on an international scale.

For instance, in the USA, images of growers destroying their crops and dairy farmers pouring away their milk, due to lack of customer demand, caused controversy and public outcry as to why measures weren’t in place to redistribute the produce to food banks and financially-struggling families.

However, it hasn’t all been doom and gloom. It’s also been encouraging to hear about the food surplus redistribution schemes launched in some corners of the globe, to help those who are vulnerable and self-isolating within local communities. But the question at the front of many people’s minds is what will happen to the wastage when restaurants reopen in the capacity they were operating prior to lockdown?

Arguably, hotels, restaurants, colleges, airports and cafés will be expected to implement environmental measures, as well as safety-related ones, to not only ensure the safety of mankind but of the planet too. So, what schemes can they adopt? 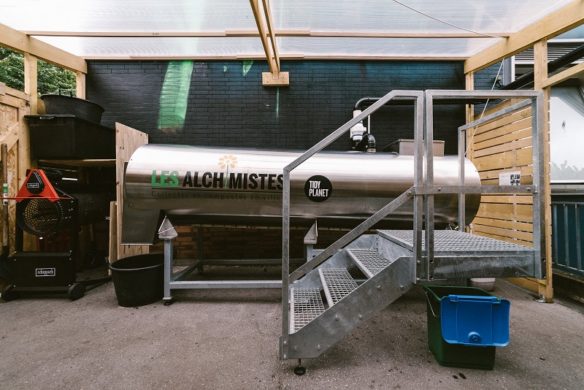 If organisations do look to make their existing operations greener, they might want to consider existing models such as the one in France, which sees social enterprise Les Alchimistes collect commercial food wastes by bicycle – from hotels, restaurants and supermarkets – for composting.

Once processed, the compost is then fed back into the community and sold by city-centre grocery stores and farmers.

However, it isn’t just the positive environmental impact that Paris’s new waste-to-resource model should be lauded for – it has also generated local jobs and helped reintegrate unemployed citizens back into society. This not only gives them composting and horticultural knowledge, but has also allowed them to build up their confidence in the world of work.

Three years into its venture, Les Alchimistes has achieved its goal of opening numerous composting hubs throughout the country – helping France to reduce pollution by minimising food waste disposal transport and converting wastage into a valuable resource for the community.

On a simple level, this scheme may save businesses money in waste disposal costs, but it has a much greater advantage at its core – it supports environmental preservation. Greater amounts of food waste are diverted away from landfill – using a more environmentally-friendly collection method than diesel-powered garbage trucks – which helps more companies do the ‘right thing’ locally and in a more sustainable manner.

This new era of recycling achieves environmental sustainability within the community and that’s probably why it’s been such a resounding success.

Of course, these results could also be achieved in other corners of the globe. So, why aren’t more closed-loop, urban farming initiatives like this one being rolled out or, at the very least, trialled in wider countries?

In truth, there’s no blanket answer to this – some nations are governed by legislation and others don’t have the commitment to policy on a governmental level to drive long-standing change and innovation.

However, while COVID-19 has unmistakably uncovered the more volatile areas within the world’s food production and supply chain, it could also be viewed as the welcomed catalyst for a shift away from ‘doing things the way they’ve always been done.’ It could represent a step in the right direction for fostering more circular attitudes towards recycling and sustainability among future generations.

The composting model in France is an example of how a smaller city-scale solution can quickly expand into a country-wide one, and with unparalleled awareness of the world’s resources during the pandemic, it would be a shame to let this environmentally progressive momentum slip, when the world starts looking more like the world we knew pre-lockdown.