The food waste landscape during and post-COVID-19 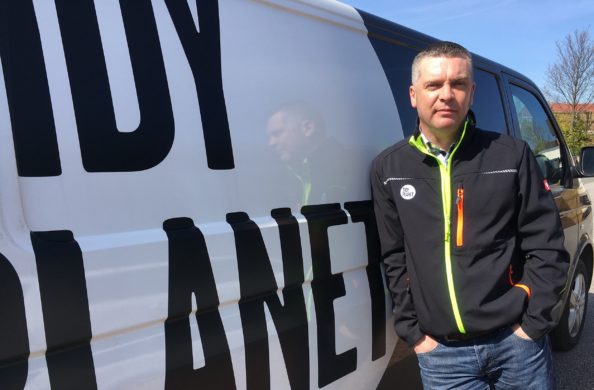 The current Coronavirus pandemic continues to throw a raft of challenges – and opportunities – at businesses, both in and out of the environmental sector.

From adapting their provision to support the healthcare system – by setting up 3D-printing facilities – to completely pivoting and taking more of their services online, companies in waste, hospitality, education, retail and travel have driven innovation to find new, effective ways of working.

But with the imminent reopening of the UK’s hospitality sector in July, food waste is a phrase that’s starting to make a comeback into people’s minds – with many wondering what this means for waste volumes and the management of these arisings.

And when looking at the impact the pandemic has had so far on the food waste landscape, the results are divided.

The impact of lockdown on commercial food waste

When the UK officially went into lockdown on 23 March, the UK’s restaurants and hotels closed their doors to the general public.

With their entire trade shut down in a matter of hours, the virus undoubtedly hit them hard financially. Yet, while they haven’t been in operation, they also haven’t been wasting any food.

Some of the country’s eating establishments were known to throw away over one tonne per week of food waste alone. This disposal has naturally been avoided.

However, the wastage reduction hasn’t been mirrored across the rest of the hospitality and food service sector. For example, it was announced not long ago that while restaurant food waste has depleted, its takeaway counterpart has seen a drastic increase – with research indicating it’s down to consumers’ “unpredictable ordering patterns.”

This “fluctuation in demand” has led to the cost of food waste disposal increasing for the takeaway industry up to £148 per week – a £16.7m rise for the sector since lockdown began.

And elsewhere, the hospitality supply chain has been suffering as a consequence – with the farmers who supply the produce through to the food manufacturers themselves, being the ones creating an unavoidable surplus.

With consumer habits changing and food service outlets unable to use their pre-ordered produce, the Government launched the ‘COVID-19 Emergency Surplus Food Grant’ scheme to assist surplus food distributors in adapting to the new circumstances. And WRAP recently confirmed it has seen £4m of funding assigned through the initiative so far.

The country’s waste and surplus champion, Ben Elliott, said: “These grants will champion and empower critical organisations as they work tirelessly to divert food across England – not only preventing tonnes of food from perishing but also supporting local communities during this unprecedented time.”

Additionally, it’s great to see services – such as online marketplaces and apps – being set up which help artisan food producers to salvage ‘too-good-to-throw-away’ food stuffs, and avoid it from being landfilled.

But what about the domestic side of the coin?

More of the nation than ever before has been working from home. And with supermarket shortages of certain items, the population has been forced into thinking more about what and how much it consumes.

Therefore, the domestic market has witnessed more people being aware of the food they have in the house – with a recent survey uncovering that 48% of people admitted they were throwing away less food.

But, while, at face value, these figures are encouraging, the worry is that once things return to ‘normal’, people will quickly slip back into old habits and food will become a more consumable necessity that it once was – producing higher levels of waste.

What’s next for the hospitality sector?

While many cafés and farm shops have diversified their offering to consumers during the lockdown – such as setting up click and collect services and creating bespoke food boxes – when it comes to bars and restaurants, it’s a slightly different story.

When they do open again in July, how will footfall and trade be affected?

Social distancing will be in place, as we’ve seen in other European countries such as France, but the truth is that custom will be heavily impacted until there’s a vaccine found.

But, is it a linear equation? If restaurants and diners diminish by 50% – will the food wastes? The answer is yes, probably, but it won’t just be the producer of the wastes cutting the surplus.

In the long term, producers of the foods will also see their wastes reduce in tandem with decreased demand, so it’s clear that there will be a drop in commercial food wastes being collected. But to what degree will this continue? As social distancing is relaxed and more of the country returns to ‘normal’, that’s when we’re likely to see a spike in the amount of waste being generated again.

So, what does that mean for food waste management strategies?

Arguably, due to the pandemic, more people and businesses will be armed with a greater environmental conscience than before – realising the value and resource potential of their wastes. Therefore, it could be argued, that although many businesses will be focusing on financial recovery over the coming months, they’ll also be under consumer pressure and therefore expected to ‘do the right thing’ – looking at how to minimise food waste or at least recycle/recover it effectively.

But while the future remains unknown, one thing we do understand is that right now we’re still faced with mountains of food waste to deal with sustainably – because we’d already produced it in the supply chain and now there’s no one to buy it, until hospitality is reinstated to what it once was.

Therefore, whether more hotels and restaurants choose to compost their food wastes, or send them off for AD, organisations will have accumulated a few wise learnings during this difficult time, to weave into their future sustainability strategies for years to come.