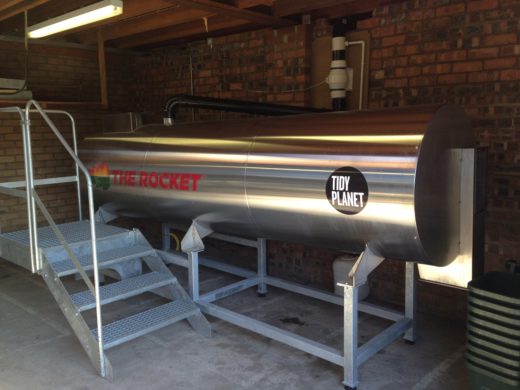 Food waste is a global issue affecting many sectors, with education nearing the top of that list. So, it’s no surprise that an increasing number of schools, colleges and universities across the country are looking for ways to boost their green credentials and reduce their carbon footprint.

Our composting expert, Huw Crampton, recently offered further comment to EDUcatering Magazine on this widespread topic. If you missed the original write-up, catch up here…

But when it comes to being able to independently close the food waste management loop – and omit the disposal middlemen – what measures can institutions implement?

On-site composting is increasingly being adopted as an effective way to process food waste and also create a valuable resource. And one place which is going full steam ahead with such an initiative is Dundee and Angus College in Scotland.

Armed with the objective of enhancing its environmental commitment, in 2015, Dundee and Angus – a three-campus site with a 6,368-student capacity – decided to turn its attention to the management of its food wastes.

Keen to go the extra mile and further boost its eco-footprint, the educational institution investigated how it could omit the waste-handling middlemen and process its food wastes on-site. And it found composting to be the answer.

It therefore introduced a range of waste management technologies – integrated shredding, dewatering and composting systems – across its campus kitchens, and in just 14 days after entering the composter, a nutrient-rich resource is created.

Keeping the waste loop fully cyclical, Dundee and Angus College then uses the compost in the College’s on-site garden for weed suppression and potting purposes – the flowers have even won numerous awards at local shows. 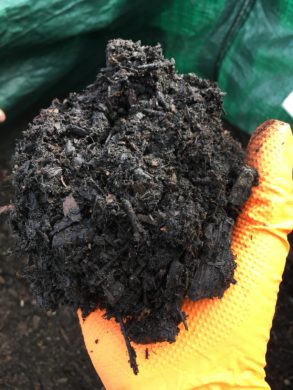 The composting technology allows the College to process up to one tonne of its food wastes per week, and last year, this saw it invest in a second machine for another of its campuses – enabling the horticultural department to compost all year round.

However, as well as the resource perks, the new tech has also proven to be a financial and environmental investment, saving money on off-site waste transportation costs and reducing the campus’s carbon footprint.

So, when it comes to ‘what’s next’ for the education sector taking control of its food waste management, given its proven success, composting technology is undoubtedly climbing up the agenda of priorities.

Additionally, with single-use plastic also dominating the headlines, there will likely continue to be a surge in the use of compostable tableware in schools and colleges. Yet, while this is significantly better than using plastic tableware, unfortunately the UK’s recycling infrastructure isn’t yet able to fully cope with such packaging. Therefore, this is only a feasible option in self-managed environments where it can be collected, segregated and processed into compost on site.

As it’s becoming more widely recognised that such equipment exists to allow canteens to deal with their organic waste at source, this is, in turn, setting a good example for students. Having composted over 70 tonnes of food waste to date, it’s fair to say that Dundee and Angus College is a torchbearer for fostering positive and long-lasting attitudes towards recycling and sustainability among future generations.