Harnessing food waste potential in the hospitality and education sectors 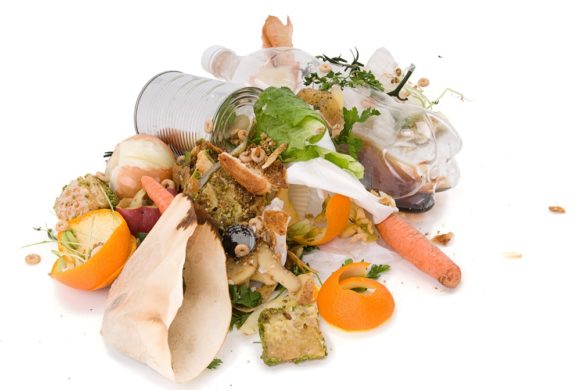 Food waste is one of the biggest environmental challenges facing the facilities management industry in 2020, and it’s also one which has featured heavily in the media spotlight over the last 12 months. But it isn’t just legislation that’s driving companies to reduce their food waste volumes, there are financial and sustainability incentives too.

Our composting expert, Huw Crampton, recently spoke to Tomorrow’s FM about the resource potential of this particular waste stream. If you missed the original article, catch up here…

When it comes to being ‘green’, a growing number of organisations in the education and hospitality sectors are adopting measures to reduce their carbon footprint and make their business models more sustainable. In fact, closing the food waste management loop and having an on-site solution to treat organic excess is becoming something of a trend – and the end-result often takes the form of compost.

When looking into the statistics – starting with education catering – WRAP reports that 123,000 tonnes of food waste are generated each year and that this costs the UK’s educational establishments £250 million, including any waste management fees. 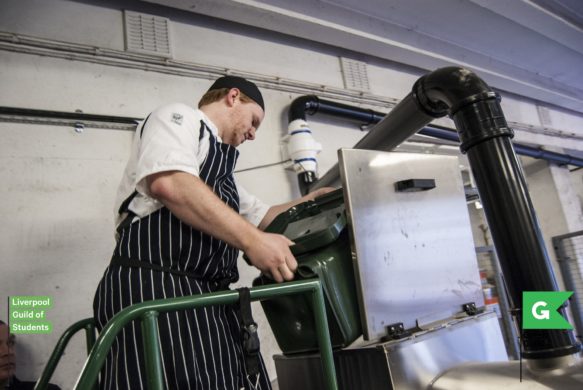 It therefore comes as no surprise that the desire to employ an effective and profitable approach to waste management is continuing to gain momentum in these arenas.

So, what role can composting play in extracting this resource potential?

When looking at the waste hierarchy, waste prevention and reuse should be prioritised above any other disposal method, but where this isn’t possible, attention should be given to recycling.

One institution blazing a trail in this respect is the University of Liverpool’s students’ union – The Liverpool Guild of Students. 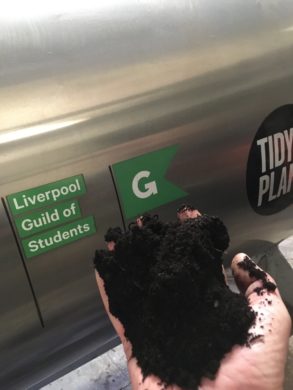 In 2015, the site invested in food waste drying and composting equipment, when it sought a solution that allowed it to both omit costly waste disposal fees and create a valuable resource to grow produce in the on-site rooftop gardens and cultivation plots – which are run by student volunteers.

In order to be able to compost autonomously, The Guild has separate food waste caddies in the campus kitchens. The content is emptied into the dewatering equipment by kitchen staff – where moisture content and weight are reduced – and the resulting material is fed into the composter to create a nutrient-rich fertiliser, in 14 days.

Such a circular economy not only allows the site to grow food – that’s made freely available for both students and staff to consume – but it also decreases its number of waste disposal collections, and as a result, its carbon footprint.

While this is just one example of an institution ‘doing its bit’ for the planet, this model – which reaps ethical, financial and resource benefits – is being employed across a plethora of industries worldwide, including luxury hotels such as Gili Lankanfushi, in the Maldives.

It’s encouraging that the concept of ‘urban farming’ is making many facilities managers think about the wider possibilities when it comes to managing their food wastes, because, ultimately, this will contribute to lowering the amount which is sent to landfill. And given that a recent study – by The Ipsos MORI Issues Index – found the environment topping Britons’ second top concern, after Brexit, it shows that this more cyclical and less linear mindset is very much welcomed.