How can the healthcare sector handle its food waste compliantly? 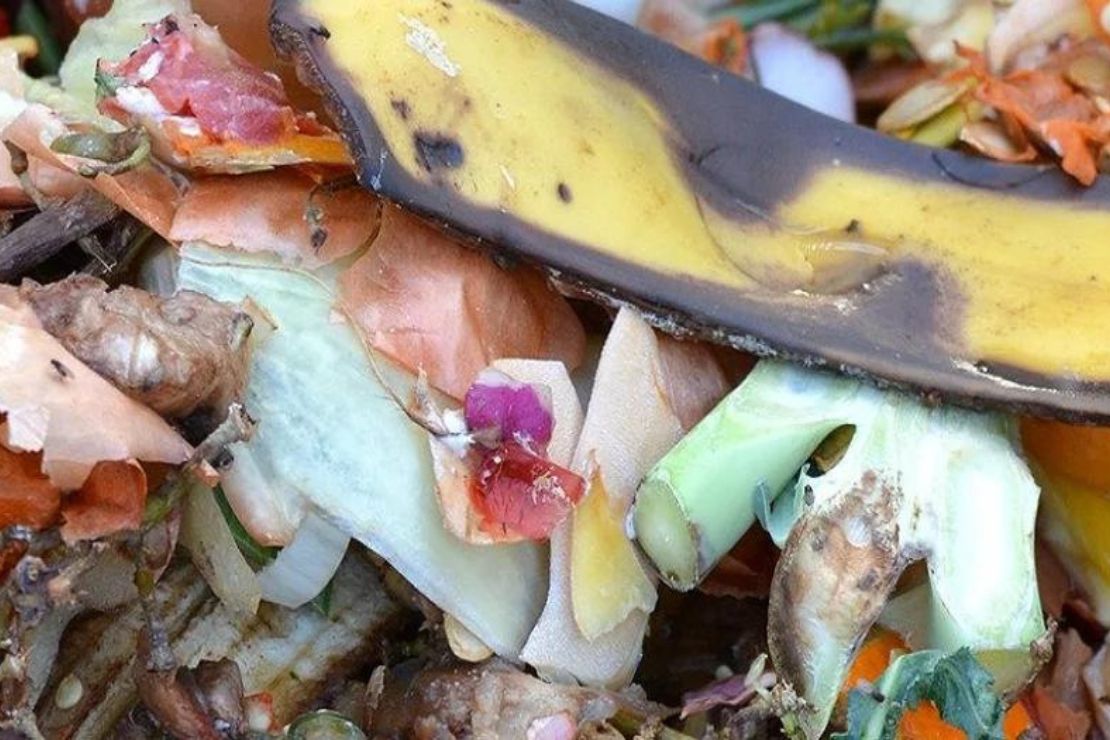 The UK Environment Bill – now the Environment Act – was passed back in November last year and has had a big impact on the way the healthcare sector is able to deal with its food waste.

As present, many hospitals either combine their food waste with general waste or it is macerated and digested then disposed of to sewer. In 2023, however, this will no longer be compliant.

Our very own Huw Crampton recently spoke to Public Sector Catering — exploring what this means for the industry in 2022 and beyond, as well as showcasing how NHS Grampian in Scotland uses bespoke dewatering equipment to conform with the new regulations.

If you missed the original article, catch-up below:

What does the Environment Act mean for hospitals?

While the Government has previously pledged to reduce food waste by 20% by 2025, the Act has further compounded this by committing to eliminating food waste from landfill by 2030.

Therefore, from 2023, it will become mandatory in England for food waste from hospitals and all food-producing organisations to be presented separately for collection. Essentially, this means three things. Food waste will need to be transported from a hospital’s site as a clean, separate waste stream – either for composting or gas generation – it will no longer be allowed to be sent to sewer by maceration or digestion, and finally, it can’t be mixed with general or other wastes.

This will be a bigger shift for some organisations than it is for others – especially if there is currently no segregation of waste streams in the hospital kitchens, or food waste is currently disposed of to sewer by a digestion, waste-to-water system or traditional macerator.

But as these practices will no longer be compliant within the new laws, the sector needs to start reviewing and planning for the future as soon as possible.

Geography and lack of local infrastructure also needs considering. Hospitals and care facilities in more rural areas already know how challenging it can be to get wastes collected reliably, but now there is going to be an extra collection, bin, and supplier needed. Therefore, it is crucial to be looking into how far away the closest food waste processing site is, alongside how easy and cost-effective it is going to be to get it collected.

This should not be seen as anything alarming for the NHS and wider care sector though.

It is possible to implement solutions that align with these new measures, and that not only reap environmental benefits, but also generate improved business value. There are hospitals in Scotland – under the NHS Grampian board – that have been doing this for years too, whose successes can be shared and emulated.

Food waste charity, WRAP, estimates that up to 18% of foods in hospitals may be wasted – that is the same as one in every six meals. It also outlines that approximately 0.5kg of food waste is produced per patient, per week – and that is a lot for hospital catering contractors or facilities management teams to deal with.

It is no secret that for busy hospitals, breakfast, lunch, and dinner times are something of a military, time-led operation. Food waste from thousands of patients arrives at the same time every day, and the ‘clean-up’ then begins – preparing for the next meal service.

Whether it be plated meal or bulk food service, the items come back to the kitchen to be managed by the staff, and the waste is required to be dealt with through the appropriate stream.

And with organic waste having a high moisture content – up to 98% in some cases – it can be challenging to store and expensive to dispose of via off-site collection methods. That’s why an ergonomic, cost-effective, and environmentally compliant solution needs to be in place – this year, more than ever. 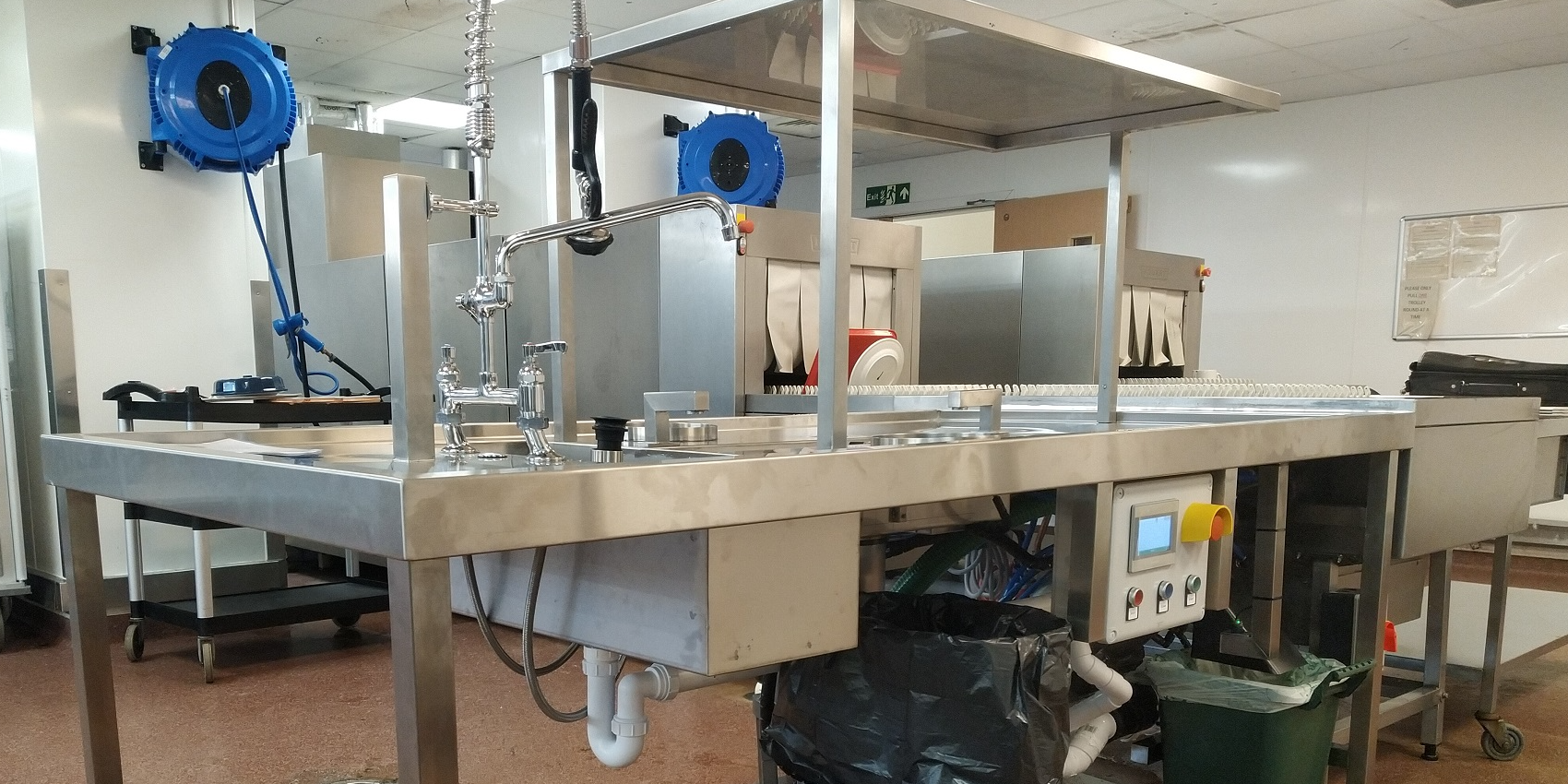 One healthcare pioneer leading the way with regard to hospital food waste compliance is NHS Grampian.

Forming part of one of the 14 regional health boards in Scotland and comprising 25 hospitals, NHS Grampian provides health and social care services to over half-a-million people living in the Aberdeen, Aberdeenshire, and Moray regions. And when Scotland changed its food waste laws back in 2015, it needed to overhaul its previous practice.

The legislation outlined that food waste producers needed to recognise the resource potential of material and do everything they could to recover it in a clean way – preventing it from being landfilled. This meant presenting it separately for collection, before sending it to off-site composting or anaerobic digestion plants, to be turned into something valuable – such as compost or energy.

This is incredibly similar to the regulations that are coming into force in England, in 2023.

Previously at NHS Grampian, the used tins entered the kitchen, then workers manually separated the inedibles, napkins, and leftover food – scraping the latter into a trough disposer while a rinse hose quickly removed the heavier, stickier foods. This waste was then shredded into fine particles and flushed into the main sewer system.

But with the changes to the law, this disposer-to-sewer method would no longer be permitted.

The hospitals of Aberdeen collaborated with Tidy Planet, who not only refurbished the hospitals’ food waste disposers but worked together with the site to devise the optimum design layouts and install an additional under-counter food waste dewatering system to the tin-wash scraping tables.

Effectively, by squeezing out the liquid element, this saw a minimisation in the volume of food waste –– and its movement was cut down by over 75%.

But in 2021, another challenge arose. The maker of the disposers – used by the hospitals for over 30 years – ceased manufacture and supply.

This left the hospitals in a position where their existing equipment could no longer be serviced and repaired. As this was a vital part of managing and handling food waste in the NHS kitchens, a new solution had to be sought – and quickly.

Developing a solution specifically for the healthcare sector

Once again, the NHS board worked closely with Tidy Planet to design a bespoke, long-term solution – specifically for healthcare sites. And crucially, one that fits many types of service – from plated meals to bulk tins – adapting to hospitals’ individual catering needs.

The first four dewatering systems were delivered and installed in June 2021 at the Aberdeen Royal Infirmary and Royal Cornhill Hospital, and they not only legally comply with the new regulations but have also improved recycling rates and decreased NHS Grampian’s food waste volumes.

In turn, this has also led to reduced off-site disposal costs and transport-related carbon emissions – helping the NHS to reap the environmental, ethical, and financial benefits. 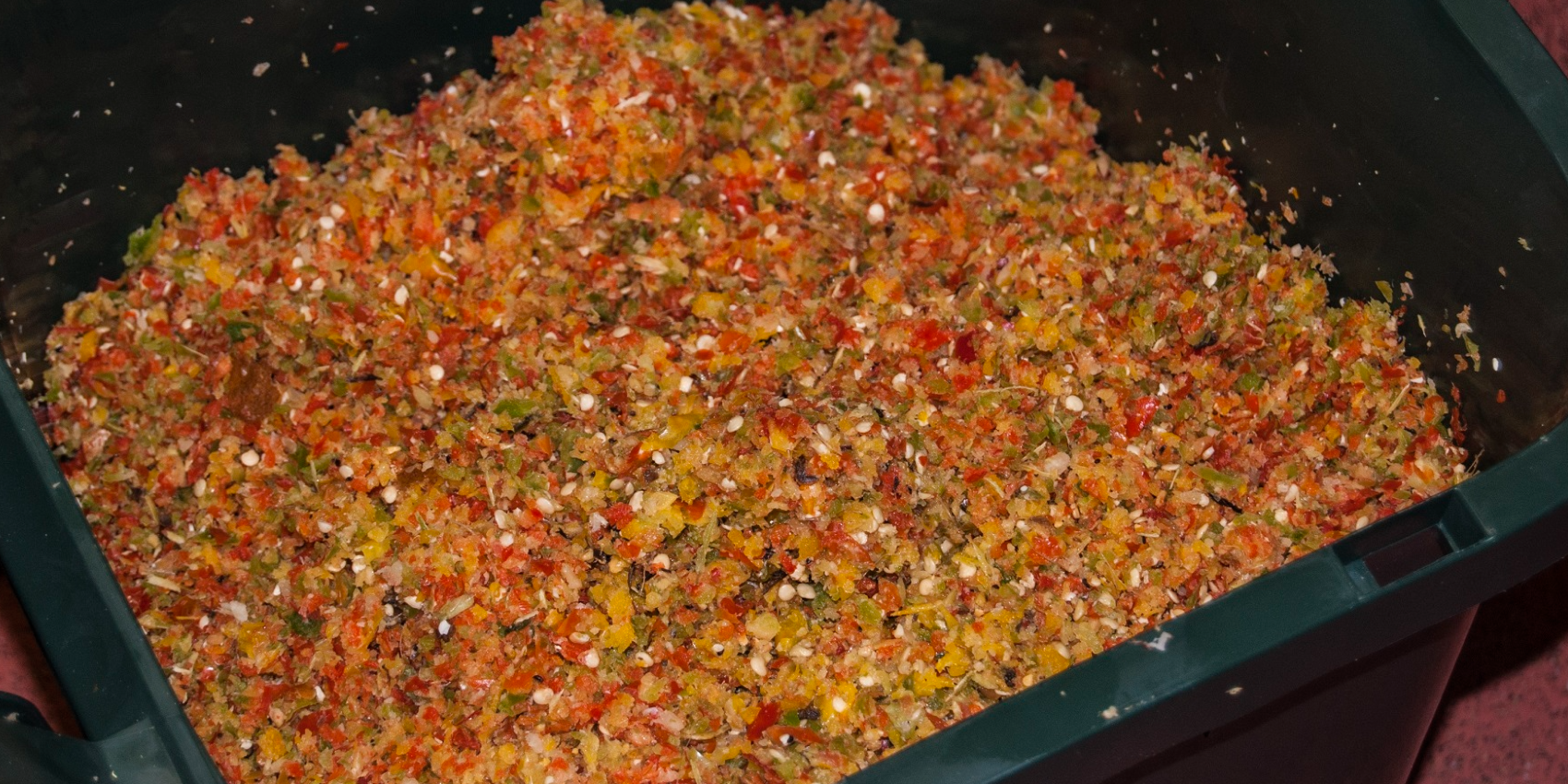 The future of food waste in healthcare

In terms of what’s next for the sector, 2023 will be when the new laws commence in England, so it is vital that healthcare organisations know the changes are coming and how to get ready for them.

This will not only contribute to achieving the industry’s wider sustainability goals, but it supports waste minimisation, moves food waste higher up the waste hierarchy, and saves on waste disposal costs – paving the way for a greener more cost-effective future. And that is most definitely some valuable food for thought.