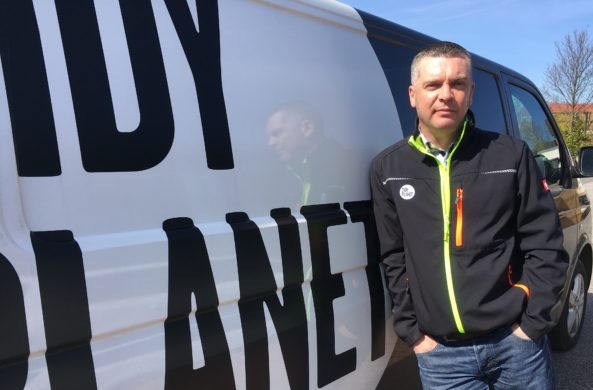 Resource recovery is gathering momentum in the UK, but not just because the concept is becoming more widely understood. Technological innovation means a greater variety of wastes can increasingly be converted into fuels, and a growing number of organisations are developing their own closed loop models as a result, believes Huw Crampton, from Tidy Planet. Huw recently offered his thoughts to Bioenergy Insight, and if you missed the original article, you can catch up below…

The world of organic waste has evolved significantly over the past 15 years or so. Food waste, particularly, has long been a problematic material stream in the UK and beyond, but industry pressures to address this mounting issue have prompted ongoing innovation. The challenge is far from solved, but technological capabilities have advanced tremendously. So too have mindsets surrounding what to do with seemingly redundant food surplus. As a result, biomass, anaerobic digestion and composting projects have become far more commonplace throughout the country.

Are these methodologies the priority for food ‘waste’? No, not if greater efforts can be exerted to reduce the creation of the waste at source or reuse foodstuff where safe to do so. But the important thing to note is that, when other stages of the waste hierarchy have been exhausted, evermore pioneering techniques do exist to transform organic waste into energy.

These processes are also empowering organisations to take control of their own waste, rather than it being someone else’s problem. The resource security and wider environmental benefits of such closed loop models, are abundant.

A recent project in London provides an exemplary illustration of what is possible with technological innovation and progressive thinking. In 2016, the British Airways in-flight catering facility, managed and operated by DHL, became the world’s first airline caterers to begin dealing with CAT1 food and catering waste on-site. Previously 2,200 tonnes per year of the ‘high-risk’ food and packaging materials from non-EU flights had to be sent to licensed hazardous waste incinerators for specialist handling, but a collaboration with Tidy Planet and DHL Envirosolutions changed this.

In 2017, following on from the success at British Airways, DHL implemented a second project next to London’s Gatwick airport, where heavily contaminated CAT 3 wastes from the airports concessions and concourses make their way for processing at a new resource & energy recovery centre. Tackling 10 tonnes of complex material per day, their on-site IED compliant biomass combustion systems can produce 25,500kW of heat in the same timeframe and is geared to start work in 2018 on dealing with CAT 1 wastes that would have otherwise gone to deep landfill.

Technology of course makes this possible. At Gatwick, pre-sorted organic material is tipped onto a conveyor and into an UNTHA four shaft shredder, to liberate the waste and produce a homogenous 20mm particle size. It is then conveyed to a Gobi drying system, where it is exposed to high temperatures to create a powdered biomass fuel.

When it reaches a suitable moisture content of less than 10%, it is cooled before a rotary screen sieves out any remaining plastic and foil. This extracted packaging material is used in a neighbouring EfW facility, and the residual ‘product’ is a high-quality energy source which powers the site’s specially-developed biomass boiler. This heats enough thermal oil to operate the drying system, plus an additional 15,000kW of energy for space and water heating for the airport’s wider buildings.

The design for this plant took almost five years to perfect, but this sustainable solution can now be mirrored on high-hazard commercial sites worldwide, from hotels and hospitals, to supermarkets and food manufacturing factories.

But the potential does not end there. Modern biomass plants, for example, are becoming increasingly clever in their design capabilities. Consequently, they can handle an ever-growing range of organic wastes with different combustion characteristics and physical properties, and so too can the wider equipment involved in an energy recovery facility like those operated by DHL.

Grade C wood fines, for instance, represent another waste industry problem – a problem that can be addressed with a similar biomass system, providing it is configured to suit the particle size, contamination, moisture content and bulk density (or lack thereof) of the material. In fact, there are many troublesome wastes that fall within the same category of opportunity, including the by-products of poultry processing and the screenings from the front of an AD plant, to give just two very different examples.

Heat is not the only potential output from this closed loop thinking, however. It is widely acknowledged that biomass systems can be used to power electricity generation, but on-site projects are relatively rare due to the perceived ‘output vs cost’ inefficiencies of this type of model. But, because the aforementioned London plants have shown that certain biomass configurations can transmit heat via thermal oil – rather than steam or water – the attached electricity generation units can actually be much more efficient than many organisations would at first think.

The number of entities that want to tackle their waste, and produce their own heat in the process, is certainly rising. The number that have a waste problem and an electricity need is phenomenally larger. The potential for this industry to thrive and grow, is therefore very exciting indeed.