A spotlight on the future of food waste 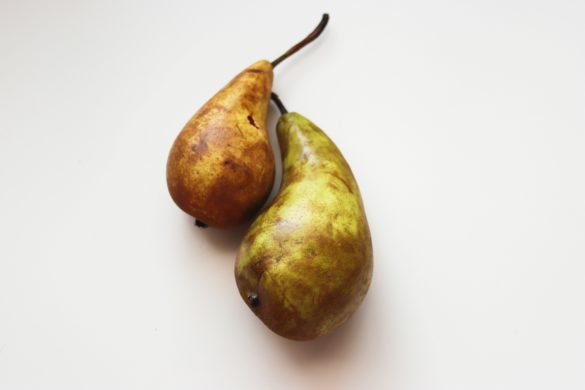 With the Government recently committing to separate food waste collections in its spending review, this waste stream is back in full view on the national agenda.

Our resident composting expert, Huw Crampton, recently shared his thoughts with Skip Hire & Waste Magazine on the role legislation, decentralised solutions, and composting all play in helping the UK to manage its food waste sustainably.

If you missed the original article, catch up below…

With the Government’s 2018 Resources and Waste Strategy pledging to introduce separate collections for food waste by 2023, this deadline is almost upon us.

The result of this will, however, mean an increase in supply and demand – seeing several million tonnes of extra domestic food waste saturating the market.

The reality is the UK’s current AD infrastructure doesn’t have the capacity to cope.

Previously, the AD sector dropped its gate fees to attract more food waste. But once the levels surge, it’s likely the opposite will happen, and prices will also increase.

Sadly though, this decline in capacity will probably result in food waste having to travel further distances around the country to those sites which have spare resource.

However, this really translates into elevated CO2 emissions and transport costs – which ultimately outweighs the ‘environmental good’ being done. In essence, we’ll be creating more carbon emissions by collecting waste than we are by processing it.

Do decentralised solutions hold the answer?

Imagine that food waste has been silently collected by a cargo-cycle – part pedalled, and part charged by renewable electricity. It’s low carbon, non-polluting and doesn’t cause traffic congestion – particularly when compared to a triple-axled, three-crewed bin wagon that emits a cloud of diesel fumes in its wake.

When assessing this in sustainability and ‘green best practice,’ decentralised triumphs.

The food waste then arrives back at the composting depot, which is processing relatively low volumes in comparison to its AD counterpart. However, it has travelled less than a mile from producer to processer.

After collection, the sorting method in a composting scheme would be done by human hand and eye – removing any items which could cause contamination, such as plastic packaging and bottle tops. Which is arguably more effective than the screening system at AD plants, that can often fail to pick up smaller items.

Decentralised composting therefore leads to less contaminated materials being processed – meaning the end-product is superior to the mass-produced digestates.

While environmental gain is undoubtedly a core benefit and objective, what about social inclusion? Is now the time to get people involved hands-on in the sector and educating the nation about their waste?

For example, if at the local composting hub, we have one person collecting the wastes and two others processing them – and further part-time operatives to cover holidays – this is creating valuable employment in different geographical areas. Jobs aren’t confined to one large plant where personnel commute to.

Instead, the decentralised team is working together to run the full operation – including sanitising bins, repairing cycles, and screening and packaging compost.

This has never been timelier. Being employed in ‘key worker’ roles in the waste industry, could therefore also help to recover the country’s low unemployment rate.

In essence, decentralised composting is a small step towards achieving a greater overall outcome – not solely processing waste for profit purposes – that’s why it should play a vital role in our future.