Tidy Planet Rocket Composter featured on The One Show 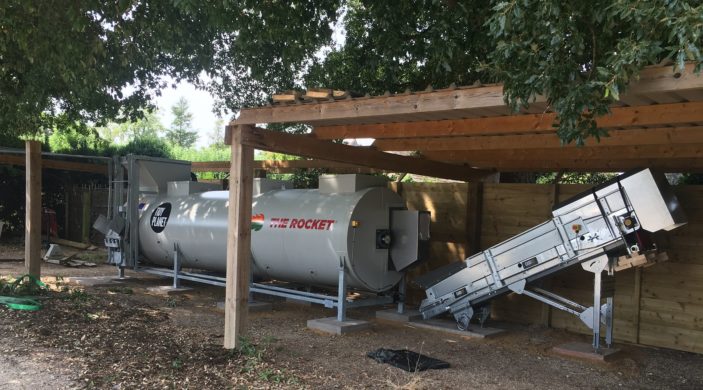 We saw a rather familiar Rocket Composter on the BBC’s The One Show – as environment journalist Lucy Siegle took a trip to Raymond Blanc’s luxury hotel and restaurant, Belmond Le Manoir aux Quat’Saisons, to witness the venue’s closed-loop sustainability model.

The well-known TV chef gave viewers a sneak peek at Le Manoir’s in-vessel composter and the on-site cultivation plots where the resulting compost resource is utilised to grow fresh produce for use in the restaurant.

In January 2021, a new accolade was introduced for the hospitality industry, in the form of a Michelin Green Star – and it’s awarded on the grounds of sustainability.

The main difference between a normal Michelin-starred establishment and a green one lies in the ethical and environmental standards a site implements. It highlights the eateries that are at the forefront of the industry regarding sustainable practices – such as reducing carbon footprint, mitigating food waste, sourcing local and seasonal ingredients, and many more.

It’s no surprise that Le Manoir holds one of these prestigious green stars, and we’re incredibly proud to be helping the team at the luxury retreat to harness the potential of the restaurant’s food waste – reducing the need for off-site disposal and converting it into a valuable resource that can be used on the premises.

And if you missed the show, catch up here – you can catch Raymond’s section at 12:04, too!

The A1200 Rocket Composter 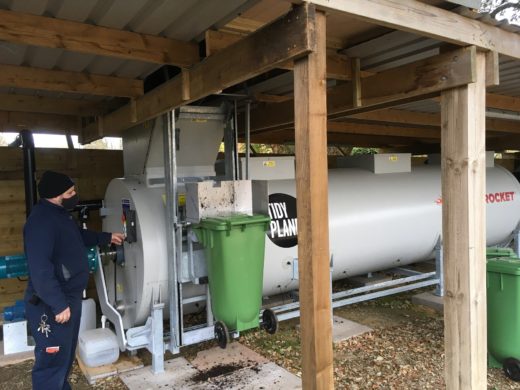 The machine which made its claim to fame on the small screen is our A1200 Rocket Composter – the third largest unit in the range that can process up to 650 litres of food waste per day.

It’s not only a popular solution for hotels though, there are also manufacturing plants, remote oil and gas sites, large universities, and communities throughout the world using this piece of kit to help them close the waste management loop and reduce their carbon footprint in the process.

This is because by housing this food waste recycling solution on the premises, organisations are able to omit third-party waste collections – lowering the number of vehicle movements and thus decreasing air pollution levels.

We first started working with the Le Manoir team back in 2019 – full story here – and we can’t wait to see what else the future holds for this progressive pioneer of the hospitality industry!

If you’d like to see more of Tidy Planet’s updates, connect with us on Twitter and LinkedIn.