Is the UK ready for the 2023 mandatory household food waste collections? 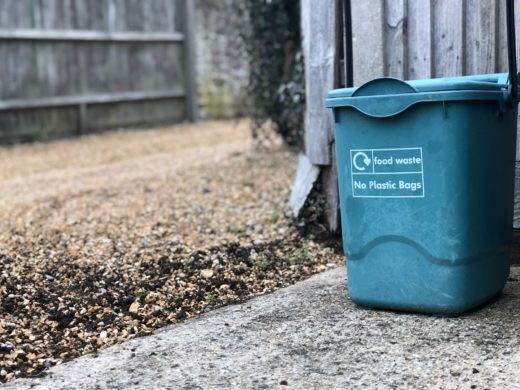 Our resident composting expert and sales manager, Huw Crampton, recently shared his thoughts with MRW about the impact of the upcoming food waste regulations, the role of decentralised composting infrastructure, and how a social enterprise project in France is leading the way in the waste management arena.

If you missed the original article, catch up below…

In 2018, the government’s outlined its Resources and Waste Strategy, pledging to introduce separate collections for household food waste in the UK, by 2023.

While this commitment aims to ensure less food waste is landfilled, is the country – from councils to waste management companies and consumers – really prepared for this new directive?

The 2023 legislation and UK infrastructure

With a couple of years to go until the mandatory collections are implemented, there’s lots of pressure on the country’s local authorities to get measures in place to meet the deadline.

But it’s not just councils which need to prepare for the newly imposed rules, it’s our infrastructure too.

There will undoubtedly be an increase in supply and demand – with hundreds of thousands of tonnes of household food waste needing a new home. However, coupled with the changes to the Environment Bill – which means more commercial food waste will also be entering the market – this could see our infrastructure stretched beyond current capacity.

Another great concern is that we’re terrible at separating our wastes. And as a result, the UK’s infrastructure is having a huge issue dealing with the contaminants both businesses and household continue to send.

So, at a time when our infrastructure is already pushed for capacity and struggling to deal with the contaminants they never wanted, the answer is investment – investment in more plants and better systems to cope. Inevitably though, this means price rises to fund it.

One model that’s been adopted in France is decentralised composting – a process which fosters decarbonisation and closed loop waste management, as well as social interaction.

Social enterprise Les Alchimistes, has been leading the way with this approach for three years and runs numerous decentralised composting initiatives countrywide.

A successful pilot project saw the firm secure support from the French Government and EU funding to launch its larger-scale model on an island in the capital’s River Seine, in 2019. Previously used for the storage of building materials and municipal vehicles, it was regenerated and now processes up to two tonnes of mixed food and shredded wood waste per day.

The food waste collections are often pedal-powered, with teams collecting food waste from households, hotels, restaurants, and businesses by cargo cycle – and in some cases even horse and cart – before being transported to the depot and separated for contamination by hand.

And food waste contamination is a very real issue the UK’s Environment Agency is trying to resolve.

Manual separation is arguably more effective than an AD plant’s screening system, as the latter methodology can often fail to pick up smaller items, such as bottle tops, within wet food waste – an issue that will only be exacerbated as the UK’s wastage volumes increase. Rejected contaminated loads will not only have a negative impact on the environment – with increased methane gases entering the atmosphere – but councils will likely also be financially penalised for not providing the volume of waste they promised.

When looking at further advantages of decentralised composting sites, they also process lower volumes of food waste – when compared to large-scale AD plants – and the distance these loads travel from producer to processor is minimal.

Consequently, this doesn’t only decrease carbon emissions, but residents can see where their money is being invested into the management of local waste.

Furthermore, it also generates local employment opportunities, where people don’t have to commute as far as they perhaps would to more centralised plants – helping to foster not only greater producer responsibility but a sense of community collaboration too.

What’s next for food waste?

Looking ahead to 2023 and beyond, it’s clear that something needs to be done to address the country’s rising food waste levels.

While it may be ‘easier’ and more familiar for the government to invest money into mobilising more AD sites, sometimes the modus operandi has to be challenged.

AD may produce biogas and digestate but composting generates a nutrient-rich resource which keeps our earth’s soil healthy for growing our produce – improving carbon sequestration and food security.

In truth, there’s room for AD at the food waste management table, but there’s also space for other guests.

Could we therefore look at France’s success and split our infrastructure – emulating its decentralised model – to help us make the 2023 directive a reachable reality? It’s definitely food for thought.